skip to main | skip to sidebar

From a Kensington, Brooklyn blog:

Posting for a neighbor: On Sunday a neighbor spotted a male about 5'9- 5'10 with black rimmed glasses walking two black and white pugs. The man allowed his dog to defecate on my neighbors sidewalk. My neighbor asked the man to "curb his dog" because they don't want to track remnants of what does not get picked up into their house. On Monday morning my neighbor woke up to find a green bag of dog shit (same bag used by this guy) under the handle of his car and feces smeared on his windshield and steps.. If anyone knows this disgusting passive aggressive jerk feel free to let him know NYPD has been notified.
Posted by credo-ny at 4:19 PM No comments: Links to this post 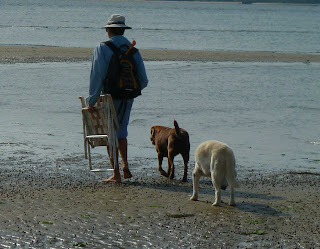 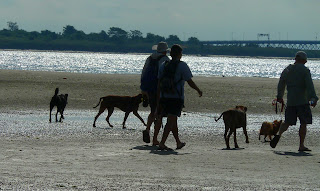 Plumb Beach is either part of Gateway National Recreation Area or it isn't.  There are no other choices.  If it is, then dogs must be leashed by federal law, if they are allowed at all this time of year. If it isn't, then, then they must be leashed by New York City law, unless Plumb Beach is a "designated area' of a New York City park (it isn't), AND it's before 9 A.M.  These pictures were taken at about 9;15, about when I counted at least 15 dogs on the beach, all but three of them unleashed.  The owners were just arriving.
Posted by credo-ny at 2:21 PM No comments: Links to this post

More on One Free Bite Rule

The other day we blogged that the Court of Appeals had once again affirmed New York's "one free bite" rule.  Amid news reports that the Legislature is considering various dog legislation, including one bill that would allow dogs in outdoor areas of restaurants, we checked to see if any pending legislation would overturn this foolish rule. S02494, introduced last January would do so partially, making dog owners strictly liable for medical expenses resulting from a dog bite.  The legislation is currently stuck in the Judiciary Committee.  Other bills would increase penalties on owners who "negligently" allowed a dog to bite another person.  What is needed is legislation that specifically says, if your dog is off-leash and that is not allowed, you are strictly liable for any injury that dog causes, not only medical expenses.
Posted by credo-ny at 12:53 PM No comments: Links to this post

Signs say that all dogs must be leashed.   In about 3 hours at Rockefeller Preserve today we saw four that weren't, including one swimming in Swan Lake as the owner stood by. 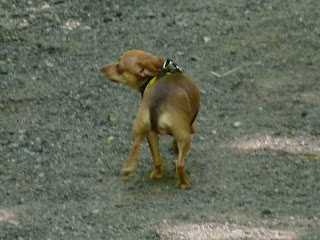 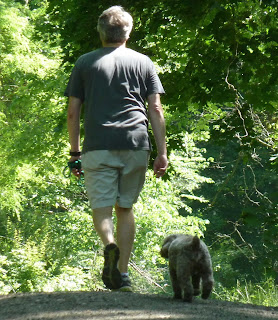 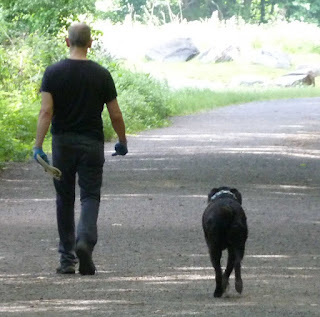 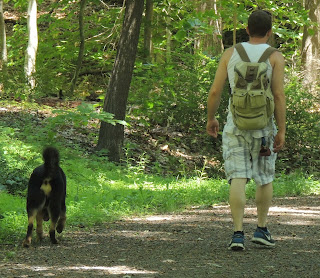 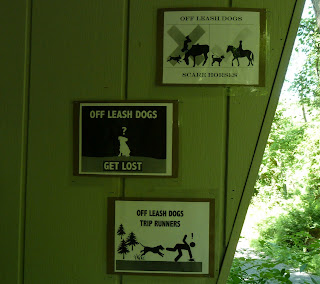 Posted by credo-ny at 12:39 PM No comments: Links to this post

The New York Court of Appeals, New York's highest court, has ruled that a bicyclist injured by a dog crossing his path in Central Park has no right of action against the dog owner.  This is true even though the dog had no business in the roadway.  The cases are Doer v. Goldsmith and Dobinski v. Lockhart.

Here is the link to the full decision, including concurrences and dissents.  http://courts.state.ny.us/ctapps/Decisions/2015/Jun15/17-66mem15-Decision.pdf  The problem is that New York follows the rule that there's no claim against the dog owner for injuries the dog causes unless the dog has been shown to have "vicious propensities", meaning it's bitten someone before.  This decision cites case law holding that the owner's violation of the local leash law makes no difference--which is different from the usual rule, that if you injure someone in the process of breaking the law (speeding, for example), that's negligence per se.  What someone needs to do is get the state legislature to overturn this rule legislatively.  Particularly with the clowns we have in charge in Albany, that's not going to happen any time soon unless one of them, or their family members (or wealthy contributors), gets bitten during dog hours.  Until then, the best advice is to stay away from New York City parks during that time or anywhere near it.
Posted by credo-ny at 8:31 PM No comments: Links to this post

April 10, according to an April 16, 2015 letter to the editor in the Queens Chronicle.  But the dog didn't belong on the bridle path at all, leashed or unleashed.  Even FIDO knows that.

The applicable regulation is buried here and no, the "Commissioner" hasn't permitted leashed dogs to be on bridle paths.

This letter absolutely must be the tip of the iceberg.
Posted by credo-ny at 6:34 PM No comments: Links to this post

A birder friend suggested I write to you, plus I spoke to a member of your staff yesterday  by phone.

On Sunday I was on the terrace bridge, birding, when three medium-sized dogs, off leash, began rough housing with each other. When one of the dogs left, the other two continued to rough house. I was at the edge of the bridge, when they first bumped into me. When I decided to walk to the bird feeders, they continued to rough house. I tried to avoid them by standing way to the other side of the bridge. Although they had the entire bridge on which to play, they inexorably moved towards me and banged into my legs, this time causing me to fall and bang my hip. I am sure you are aware how dangerous a hip injury is, especially for older people.

I yelled to the owners who were all the way down at the other end of the bridge, not paying attention to their dogs. The man came over and helped me up and apologized. I was very upset and scared and continued to yell at him, since his apology and desire to help meant nothing after the fact. The fact was that this incident would not have occurred had he been obeying the rules of the park and had had both dogs on leashes.

At that point, he did put the dogs on the leash, and when I spotted them later, they were still on the leashes. As for me, I came home with a three-inch-long bruise on my hip, which continues to grow, and a sore body.

When I left the park, I spotted two park security guards in a car by the lake and reported the incident.

The off-leash dog issue has to be taken more seriously than it seemingly is. Off-leash dogs not only hurt birds and other animals, they can harm the very people who visit and support the park. The park administration has gone out of its way to provide all kinds of "fun" attractions for its visitors: Lakeside, ball fields, wedding venues, food festivals, concerts and barbecue grills. But they also have to provide basic security, not just the fun stuff. Otherwise, people will continue to get hurt in the park they love.

Dog Attacks in the News

Leash Laws in the News